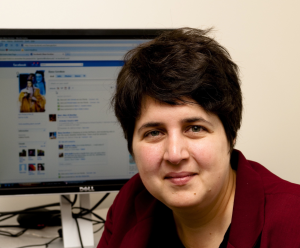 In this episode, Kelly chats with Ilana Gershon about unemployment and the post-pandemic workplace in the United States’ knowledge economy. Nearly five years after the publication of Down and Out in the New Economy: How People Find (or Don’t Find) Work Today, Gershon revisits the genesis of that project, reflects on the endurance of the neoliberal conception of the self, and shares that her post-pandemic project points toward a rethinking of the American social contract.

Ilana Gershon is Ruth N. Halls Professor of Anthropology at Indiana University. Her research on neoliberalism and new media has been published in the discipline’s leading journals, including Current Anthropology, American Anthropologist, and American Ethnologist. She is also the author of the three monographs, including most recently, Down and Out in the New Economy: How People Find (or Don’t Find) Work Today (2017). 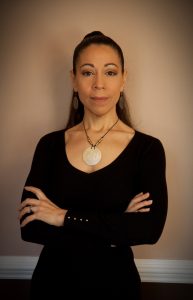 In this episode, Ipshita talks with Dr Courtney Lewis about the ways in which entrepreneurship is conceived and practiced in the Native Nations. Drawing on her ethnographic work with Cherokee small business owners and a recent project with indigenous food entrepreneurs, Courtney discusses the challenges that indigenous entrepreneurs face as well as the ways in which their entrepreneurial labor intersects with ideas of community, economic development, and sovereignty. We also discuss the complexities inherent in working as an ethnographer and particularly, an anthropologist amongst native communities and what are some steps anthropologists can take to establish trust, transparency, and an ethical commitment.

Dr Courtney Lewis is currently an Associate Professor at the University of South Carolina – Columbia. A citizen of the Cherokee nation, Dr Lewis’ overall work is in economic development for Native Nations in the United States and, consequently, issues of sovereignty related to economic sustainability and stability. Her research areas include economic anthropology, Indigenous rights, economic justice, political economy, economic sovereignty, public anthropology, food and agricultural sovereignty, Native Nation economic development, American Indian studies, race and entrepreneurship, and economic colonialism. Dr Lewis is the author of ‘Sovereign Entrepreneurs: Cherokee Small-Business Owners and the Making of Economic Sovereignty’, published in 2019, which is based on her ethnographic work with indigenous small businesses. In Fall 2022, Dr Lewis is joining the Anthropology faculty at Duke University. 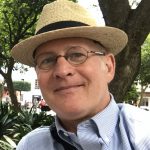 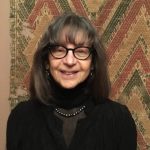 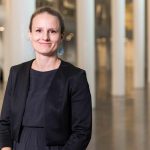 Stefanie Mauksch teaches Anthropology at Leipzig University, Germany. She has conducted research on the global social entrepreneurship movement, startup communities and the effects of entrepreneurial initiatives, preferably in the Global South. Her research is largely focused on how entrepreneurship shapes local action in contexts of development, in particular Nepal and Sudan, and in specific social fields, such as meanings and experiences of dis/ability. She publishes her work in both disciplines of Anthropology and Organization Studies. 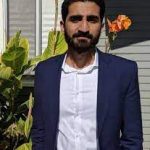 Join Cindy for the fourth installment of “Economies of Discard” as she chats with Dr. Waqas Butt, Assistant Professor in the Department of Anthropology at the University of Toronto Scarborough. Waqas’ research interests include caste, work and labor, waste, infrastructures, development, and value. Cindy and Waqas discuss his work in Lahore and the Punjab where he explores themes related to property and resources in waste infrastructures. Waqas is the author of “Waste intimacies: Caste and the unevenness of life in urban Pakistan” which appeared recently in American Ethnologist. He is currently working on a book project that explores the ways in which waste workers, who predominantly represent low or non-caste groups, have become essential components of urban life and waste infrastructures.

To read more about Dr. Waqas Butt and his work, please visit his faculty page: https://www.anthropology.utoronto.ca/people/directories/all-faculty/waqas-butt 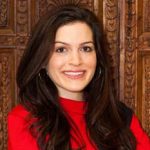 Join Cindy for the third episode in this Spring’s collection, Economies of Waste and Discard. In this Episode Cindy is joined by Dr. Elana Resnick. Elana’s fieldwork among a group of Romani street sweepers in Sofia Bulgaria gave her first hand insight into the racialization of waste labor, as well as how this work has been affected by the post-socialist transition and EU accession. Elana Resnick is an Assistant Professor in the Department of Anthropology at the University of California Santa Barbara. 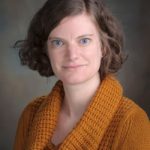 Join Cindy as she continues her exploration into the economic anthropology of waste and discards with Dr. Kathleen Millar. Kathleen is an associate professor of Anthropology at Simon Frasier University and is the author of Reclaiming the Discarded: Life and Labor on Rio’s Garbage Dump which won the Society for Economic Anthropology’s book award in 2020. She is also the co-Editor of The Anthropology of Work Review. Her work explores questions of the human condition that emerge in experience of work, economy and urban life in Latin America. 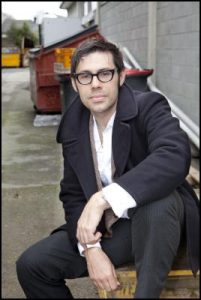 In the first episode in the series, Cindy Isenhour talks with David Giles, an anthropologist who has long been working with the Food Not Bombs movement in cities like Seattle, San Francisco, New York, Boston and Melbourne. In these urban hearts of global capitalism David has scavenged food out of dumpsters and cooked with members to feed the community with food discarded by restaurants, grocers and food distribution facilities. Cindy and David talk about the absurdity of the criminalization of food sharing, David’s thoughts on abjection and about his new book coming out this spring with Duke University Press, A Mass Conspiracy to Feed People: World Class Waste and the Struggle for the Global City.

For more of David’s work, please check out his website.

In this fourth episode of Mergers & Acquisitions’ inaugural series on Economic Anthropology’s symposium issue on climate change, Aneil interviews Michael Bollig. Economic anthropology for Michael has always been closely linked with political ecology, both in his PhD work on violence in Northern Kenya and current research on large scale conservation projects in Namibia. They discuss Michael’s research, and highlight how economic anthropology allows individual and personal logics to be connected to macroeconomic systems. Thus, knowing political ecology but seeing things at the actor level is a great strength of economic anthropology. Michael and Aneil reflect on the effects of large scale conservation and what it means that climate change adaptation funds are set to overtake development funds across Africa. They end with a discussion on finding hope in humanity’s history of adapting to dramatic environmental change, how anthropologists can work in teams and across disciplines, as well as ways anthropologists can present alternative solutions to current macro scale problems such as climate change.
END_OF_DOCUMENT_TOKEN_TO_BE_REPLACED