In this fourth episode of Mergers & Acquisitions’ inaugural series on Economic Anthropology’s symposium issue on climate change, Aneil interviews Michael Bollig. Economic anthropology for Michael has always been closely linked with political ecology, both in his PhD work on violence in Northern Kenya and current research on large scale conservation projects in Namibia. They discuss Michael’s research, and highlight how economic anthropology allows individual and personal logics to be connected to macroeconomic systems. Thus, knowing political ecology but seeing things at the actor level is a great strength of economic anthropology. Michael and Aneil reflect on the effects of large scale conservation and what it means that climate change adaptation funds are set to overtake development funds across Africa. They end with a discussion on finding hope in humanity’s history of adapting to dramatic environmental change, how anthropologists can work in teams and across disciplines, as well as ways anthropologists can present alternative solutions to current macro scale problems such as climate change. 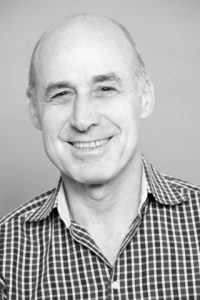 Michael Bollig is a Professor in Social and Cultural Anthropology and Speaker for the Cologne Global South Studies Centre at the University of Cologne. He is also member of the German Committee for Sustainability Research, which is part of the Future Earth Initiative. He has conducted fieldwork in northern Kenya and northern Namibia with pastoral communities. Michael’s research interests center on the political ecology of conservation, multi-species entanglements in the age of climate challenges, and conflict over environmental governance. He is the author of “Materiality, inequality, and future-making as focal points of future engagement of economic anthropology with climate change” in the Economic Anthropology symposium issue on climate change.