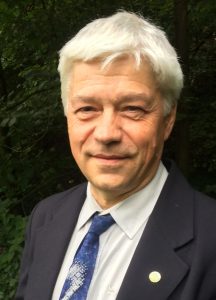 Thomas debunks the idea that you can have an economy without moral foundations. Thomas discusses his shift from more symbolic to economic anthropology and also his varied career in organizing anthropologists globally with the World Council of Anthropological Associations and as well as working across disciplines in the International Science Council.

Thomas Reuter is a Professorial Fellow at the Asia Institute of the University of Melbourne and is affiliated with the Southeast Asia Institute, University of Bonn. He was President of the Australian Anthropological Association (2002-2005) chair of the World Council of Anthropological Associations (2008-2012), Senior Vice-President of the International Union of Anthropological and Ethnological Sciences (2008-2018), a member of the executive of the International Social Science Council (2013-2018), and a member of the board of Future Earth (Asia). He is a trustee of the World Academy of Art and Science (WAAS 2018-), and a fellow of the European Academy of Science (EASA) and Academia Europaea (EA). His research in Indonesia and beyond has focused on indigenous people, social movements, religion, political elites, ecology, climate change, food security and globalization. Thomas has published fifteen books and over 150 articles.
He is the author of Climate Change as cultural artifact: Anthropological insights to help avert systemic collapse in Economic Anthropology’s recent symposium issue centered on the question “What does economic anthropology contribute to the understanding of climate change?”